Home > Blog > Burials > Odd Burial Practices from the Past 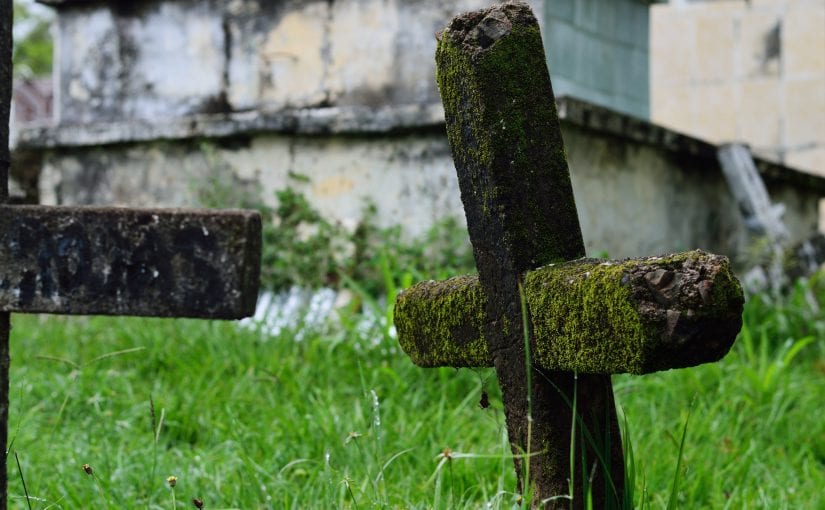 Burial has been a practice for centuries. It’s the final step in a funeral – putting our loved ones in their final resting place. While burials have kept some rituals from the past, there are some oddities.

Today is Halloween – a day where we see images of spooky cemeteries, with ghosts and witches and mummies, but sometimes the truth is stranger than fiction.

Strange Burial Practices from Way Back When:

The safety coffin: Sometimes called a security coffin, this burial system was designed in the 18th and 19th centuries to prevent premature burial (aka being buried alive!).

Yes! this was a legitimate fear back in the day, as medicine was not what it is today. Safety coffins featured an apparatus that allowed the buried, but not dead to alert nearby people. This was often a bell that could be rung from inside the coffin.

Other styles were invented, but the bell system is the most well-known.

Catacombs: In broad terms, catacombs are underground tombs – often associated with the Romans. However, many of you are probably familiar with the Paris catacombs, which have its own story.

The Paris catacombs were created due to overcrowded cemeteries in the city. They hold the remains (skeletal remains) of over six million people! Due to the disorganization of other grave sites – which saw mass graves collapsing – many of the bones were unidentified. This is why the Paris Catacombs are organized with decorative walls using bones of various types to create patterns.

Mummification: The ancient Egyptians had very specific rituals when it came to interring their dead. They believed if these steps weren’t followed it would hinder their chances of getting to the afterlife. Mummifying the body was a huge part of this.

Bodies were wrapped in linen and sometimes plaster. Organs were removed before and placed in jars. There were other items placed around the body – part of the ritual. The mummified body was then placed in a sarcophagus or wooden coffin. There were often peace offerings and wall paintings and other ornamental features inside the tomb to ensure a safe passage to the afterlife.

Today’s practices are much different, but still unique. At Chapel Ridge Funeral Home, we offer funeral services for all different cultures and religions. We encourage families and loved ones to personalize their services.

Happy Halloween from all of us at Chapel Ridge Funeral Home and Cremation Centre in Markham.