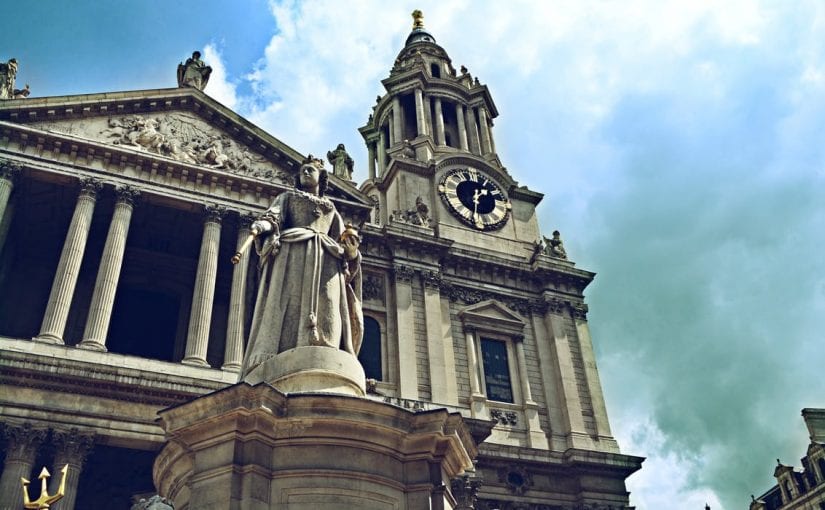 Victoria Day is a Canadian holiday celebrating Queen Victoria’s birthday, which was May 24, 1819. And while the holiday celebrates the life of our second longest reigning monarch (Queen Elizabeth II surpassed her), one of the most often told stories about Queen Victoria is about how she mourned her beloved husband, Prince Albert.

Prince Albert of Saxe-Coburg and Gotha died in late 1861 of typhoid fever. The Queen was so devastated by his death that she wore mourning clothes (black) for the rest of her life. She also shuttered herself in, avoiding London. She was known as “The Widow of Windsor.”

On January 22, 1901, Queen Victoria died at the age of 81 and was interred at Frogmore Mausoleum, Windsor. This means that she mourned Prince Albert for nearly 40 years.

The Royal Family: Mourning and Burials beyond Queen Victoria

While the story of The Widow of Windsor is intriguing, it’s not the only curious tale about the royal family’s traditions when it comes to death, burial and mourning.

For instance, the current family must always travel with a black outfit in case a member of the family dies while they’re away. This started when Queen Elizabeth II, then Princess Elizabeth, was away when her father, King George VI, passed away. Attendants had to bring her black clothing aboard the airplane after it landed so she could change and disembark in the proper attire.

Then there is the discovery and reburial of the body of King Richard III. Richard III was the last English king to die in battle. After his death, his body was removed from the battlefield and crudely buried at Greyfriars Friary in Leicester. After the church was dissolved and demolished, the body was more or less forgotten. In 2012, a team found the spot where the church once stood and began excavating what was then a parking lot. Yes, a famous English king was discovered beneath a parking lot 500 years after his burial. He was reburied in Leicester Cathedral in 2015.

Speaking of Richard III, the youngest English monarch to die was his predecessor Edward V.

You cannot talk about the English Monarchy and death and not mention King Henry VIII. King Henry VIII is most famous for his six wives. As many of us know, some of them had untimely and gristly endings. The six wives were: Catherine of Aragon, Anne Boleyn, Jane Seymour, Anne of Cleves, Catherine Howard and Catharine Parr.

Other interesting fact about Henry VIII is that he was buried next to his 3rd wife – Jane Seymour. Why Jane? She died giving birth to a son – giving Henry what his previous two wives could not: a male heir. She also died before she could fall out of his favour.

Did you learn anything new about the British Royal family? Do you still believe in wearing black to funerals, or is that old-fashioned?

We at Chapel Ridge Funeral Home and Cremation Centre hope you enjoy your Victoria Day weekend. Celebrate the long and prolific reign of Queen Victoria!